Performed Live, Back to Back & Track by Track 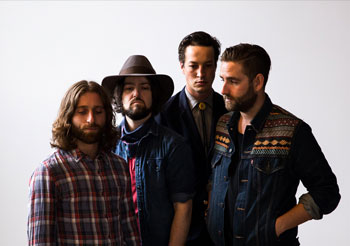 With their sixth and seventh albums, Rubber Soul and Revolver, The Beatles scaled new ground, traversing folk-rock, psychedelic rock and kick-starting world music along the way.This concert series is a world-first live performance of both albums in track order.

Four exceptionally talented young stars of the Australian music scene embark on this challenging task. Backing them will be a dozen of Australia’s finest musicians, who already have to their credit the concerts Let it Be, Beatles Back to Back (Abbey Road and Sergeant Pepper), The White Album Concert and the orchestra show All You Need is Love. They’re led by musical director Paul Gray.

Husky Gawenda, Jordie Lane, Marlon Williams and Fergus Linacre are rapidly ascending artists with considerable success already packed into their short careers. With backgrounds in folk, rock, indie and alt-country, their love of The Beatles breaks down borders and crosses generations.

This unique live concert is superbly presented with state of the art sound production and no gimmicks – just the music. To experience a faithful recreation of the acoustic beauty and genius of Norwegian Wood, Michelle, Girl and In My Life, as well as the classical-influenced Eleanor Rigby, and the ethereal vocals and mystical influences in Here, There and Everywhere, Love You Too and Tomorrow Never Knows, book your tickets now to this seminal live concert event.

In December 1965 the release of Rubber Soul marked a change in consciousness. It was the sound of a band rebelling against convention. For every major-key pop stormer such as Drive My Car and Nowhere Man there’s a counterculture counterpart, such as the folky Norwegian Wood (This Bird Has Flown) or the garage jam of I’m Looking Through You.

By the time Revolver came along eight months later, The Beatles’ metamorphosis from teeny-bopper band to pop super craftsmen was complete. This was an album rich in experimentation with the band’s new love of Eastern mysticism evident through the sitar and tabla on Love You To and She Said. Influences were as far reaching as the Beach Boys, Bob Dylan, American R&B and the psychedelic folk rock of bands like the Byrds.  The pure pop of Yellow Submarine is balanced by the feel-good boogie-woogie of Good Day Sunshine and the brassy R&B of Got to Get You Into My life.

Lyrics have more depth, from George Harrison’s caustic Taxman, to the pathos-ridden Eleanor Rigby, and themes are less rosy and more earthy.

View the Gallery The Artists

“Two of the greatest albums of all time”