"It's not until you actually try to sing and play a song by The Beatles, that you truly understand the sheer brilliance of the melodies and the music. I'm really excited to be re-discovering this now"

Born to a comedian and a clown, Jordie Lane spent his early years in his parents traveling circus. Many years later, not much has changed, with Lane renowned for both his relentless international touring schedule, and his witty, comedic storytelling. Lane’s music, seems like it comes from another place and time. The songs are nostalgic and immediately affecting, his rhythmic guitar playing is authentic and raw, and the rich resonance of his voice is simply otherworldly.

It is a voice that has taken Lane around the world, performing major festivals in the US, Canada, UK and Australia, and touring with the likes of Billy Bragg, Mary Chapin Carpenter, Old Crow Medicine Show, Neko Case, Cat Power, Ruthie Foster and The Moody Blues.

Australia’s leading folk/roots magazine Rhythms have called Lane “one of Australia’s brightest new roots music stars” and Rolling Stone Magazine said his debut album Sleeping Patterns “may well come to be regarded as one of the most assured ever by a local artist”. Lane recorded his latest EP in Nashville with Skylar Wilson (Justin Townes Earle, Caitlin Rose). Not Built To Last sees Lane embrace a classic 70’s aesthetic, launching with the shining and infectious ‘Here She Comes’. It’s followed by the desolate, and moody ‘Dead Of Light’, which closes with a Daft Punk inspired groove over the line “we’re not built to last”. ‘Maybe Someday’ see’s Lane unleash his soaring vocal on a bittersweet, Brunswick Street inspired love song, while ‘Lost In You’ harks back to the lyrical folk sound he has built his reputation on. Lane tips his hat to fellow Melbourne songwriter Brendan Welch on the closer ‘Think I Always Thought’, which encapsulates the record’s defining themes of transience and mortality.

Not Built To Last has been released to glowing reviews in Australia, the Sydney Morning Herald proclaiming “this guy is one of the country’s contemporary legends…file it under K for Keeper” in a 4.5 star review, while The Brag Magazine said ” there are few musicians who can find, develop and master their own style as quickly or as professionally as Jordie Lane has done”. Released internationally in August 2014 via Blood Thinner Records, Lane will tour Not Built To Last in North America over the next six months including performances at Edmonton Folk Festival and Philadelphia Folk Festival.

“Take pieces of Jeff Tweedy, Ron Sexsmith and Jackson Browne, melt them down in a beautiful crucible of music and you end up with Jordie Lane: a truly diverse folk musician” FBI Radio

“A young man with an old soul and an honest sound, harkening back to Gram Parsons and Bob Dylan” – The Bluegrass Situation 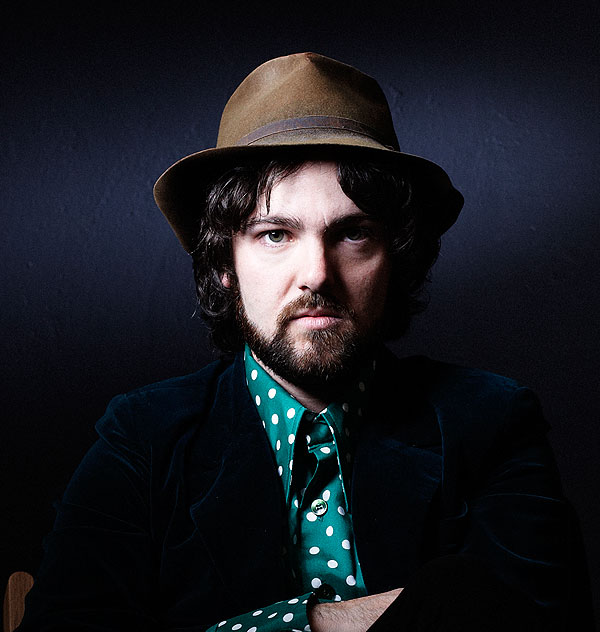